As our friend Dr. Roy Roberts pointed out, DC homebrewers grow hops. Yes, right here in our nation’s capitol humulus lupulus grows and brewers are hopping with them. This got us wondering, when did the first hop grow in the district?

Dr. Roberts pointed out that there are as many (likely more) homebrewers in DC making fresh hop beers today–in 2017 only Bluejacket and DC Brau brewed examples–than commercial breweries. And since he took it back to the garden, so too shall we.

We may never have the answer to the question, “What was the first year hops were grown in the district?” but we have found a key date in what we believe to be the very first documented record of hops growing in the district. That year was 1827, and that document is the 1827 Peirce Mill Orchard Catalgoue. 1827 was a year, according to Capital Beer author Garrett Peck, when only three commercial breweries stood–the Washington Brewery, the Georgetown Brewery, and the Alexandria Brewery. 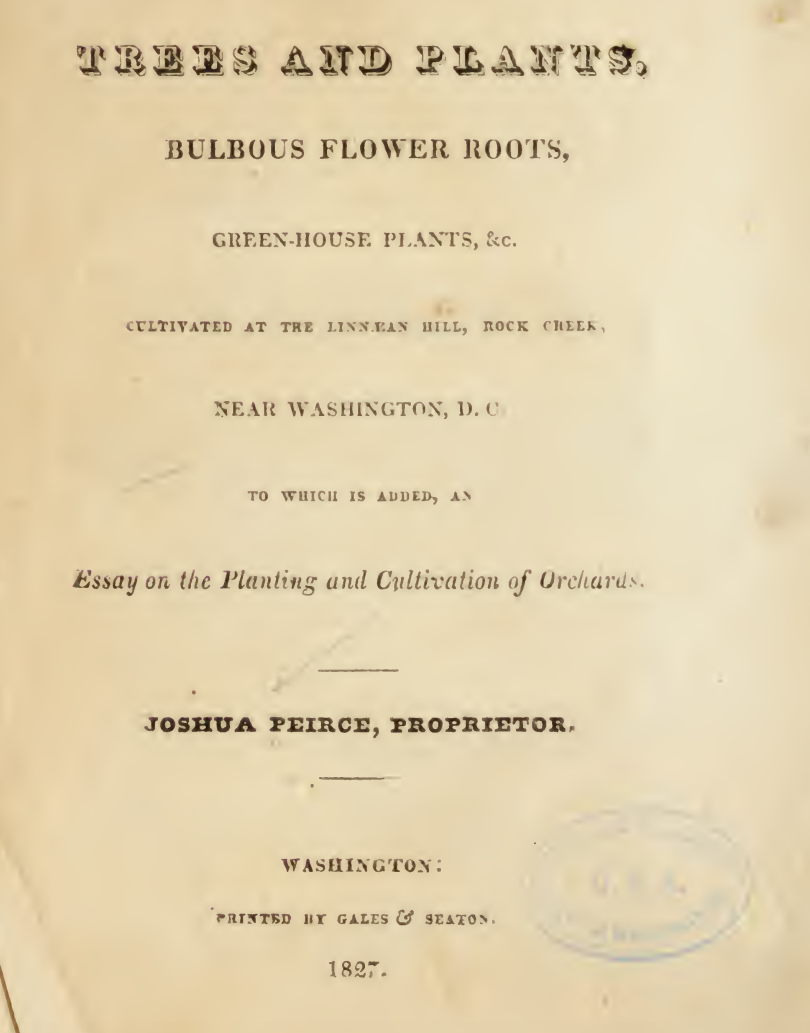 Tremendous thanks to Tim Makepeace for allowing us access to the Peirce Mill Catalogues, we present to you images from the 1827 Peirce Mill Orchard Catalogue. What we believe to be the very first written record of hops grown within the District of Columbia. Mr. Makepeace suggests Peirce Mill: 200 Years in the Nations Capital and we have added this book to our reading list.

Hops are mentioned twince in the 1827 catalogue, falling under the “VINES AND CREEPERS, FOR COVERING WALLS AND ARBORS” section and then again in the section titled “HERBACIOUS, MEDICINAL, AND CULINARY PLANTS.”

Below is the first reference. Although slightly different from the next reference, the general nature is the same. The reference reads “Hops, a fine variety” and then “Humulus Lupuli” as the scientific title.

The second reference lists “Common hop, very fine” as a descriptor and “humulus lupulus” as the scientific name. Spot the difference? 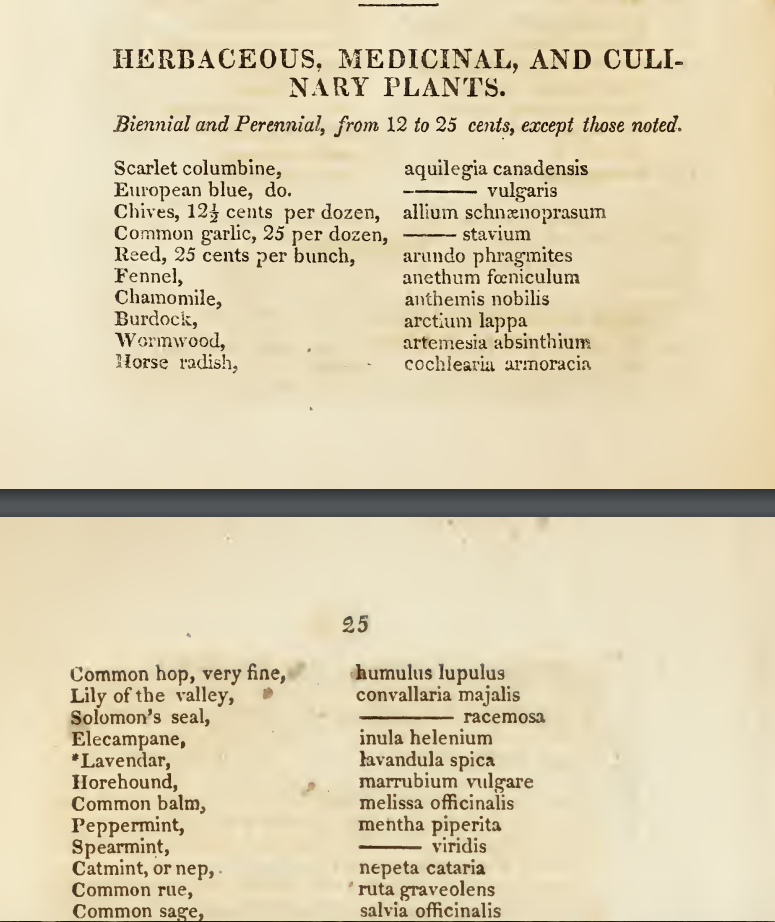 Should we make much of the difference between a “fine” and a “very fine” hop? What of “hops” vs. “common hops”? Or Humulus lupulus comparatively to humulus lupuli? We’ll be back with another post after we talk to more history and hop experts.

It is generally well-known that the north eastern states have a more illustrious brewing history than DC, Maryland, or Virginia. But that is not to take away from the prominence of DC’s brewing history. Our first brewer, Andrew Wales, sold Strong Ale to George Washington (ALX and DC share Andrew and Margaret Wales as establishing the city/cities first brewery). Our biggest brewer, Christian Heurich and the Christian Heurich Brewing Company, went head to head with Pabst, Schlitz, and Bud as they shipped trains full of lager from their breweries and bottled in town. Not only did Heurich successfully sell against the big brewers from Milwaukee and St. Louis, he navigated prohibition and was the only DC brewer to successfully do so, selling beer into the 2nd half of the 20th Century.

So while rich in history, DC, Maryland and Virginia often don’t go as far back as the first Dutch brewery in New York State, or the first Pennsylvania brewery, outlined by William Penn as early as 1684 there are lots of reasons to be proud of DC brewing history.