Skip to content
For our newest beer, Colonial Panic we teamed up with the good folks of Pen Druid Brewing Company located in beautiful Sperryville, Virginia. The upcoming release of Colonial Panic will take place at the Dumbarton House, in the Georgetown neighborhood of Washington, D.C., on Wednesday, May 25, 2016 from 7:00-9:00 PM. Tickets can be purchased here. 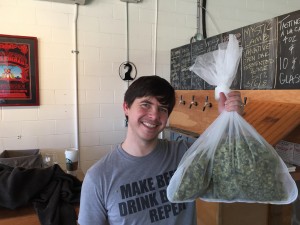 The composition of this beer is similar to what George Washington would have imbibed during his lifetime. American beer from about 5 miles away from the town of Washington, Virginia, the first town George ever surveyed. This beer features molasses (as is one of his key ingredients in his 1757 recipe for small beer) as a great source of color and contributes a dryness to the mouthfeel. The sorghum molasses contributes a complexity that was common in 18th Century Porters. Comprising the beer’s grist is pale malt and oat malt, malted just up the path from the brewery, by the Copper Fox Distillery’s malt house. The beer was hopped with Maryland’s first certified organic hop grower, Organarchy, in Cumberland, Maryland, a Cascade variety from the 2015 harvest. Finally, the beer was fermented with what Pen Druid calls it’s “own cocktail of wild yeasts and bacteria from the Virginia Piedmont reflecting the terroir of Rappahannock.” 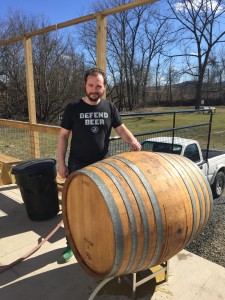 It is no secret that the first President’s love of beer focused largely on Porter. As is relayed by Mount Vernon’s Encyclopedia “George Washington is known to have purchased large quantities of beer and porter before the Revolution both from England and within America” this may or may not surprise you. Though the statement, “[d]uring the eighteenth century, a number of well-known English breweries were founded” is perhaps an understatement as England was the brewing epicenter of the world and many brewing nations lacked the scientific and technical prowess that England had.
Today, the United States is the epicenter of brewing innovation and many nations are looking to us to see what is hot and cool within the realm of possibility within the world of brewing. It is our hope that you will join us on May 25th and try our porter for the first (and only!) time it will be poured in Washington, DC. 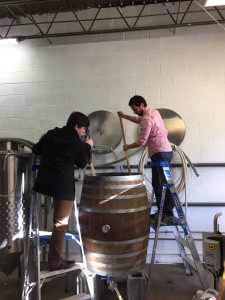